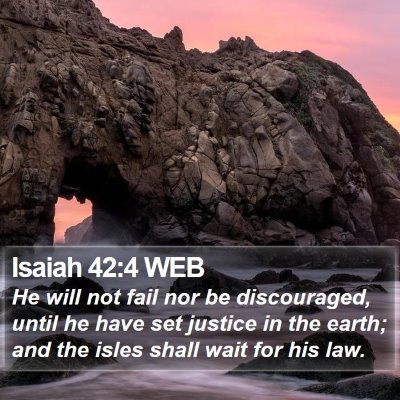 Today’s Sanitizer is for losers.  Are you one?  I wonder if there is a person alive who has not felt at one time or another like a loser. If you feel like a loser, I have some great news of you, God holds you in high esteem.  In fact, he has adopted you as his son or daughter.  God loves you. The Bible has a lot to say about the poor, the left out, the oppressed, the dejected, the sad and the lonely.  God is holding you in his hands. This Sanitizer was prompted by the death of Sidney Poitier.  Charles Blow wrote a lovely remembrance of Poitier in his column in the NY Times.  I am going to quote a paragraph here because it says Poitier was a loser.  You are saying to yourself, “No way!”  Well, wait a minute.  Read the paragraph and see. When Poitier arrived in New York, he did odd jobs until, as he wrote in his memoir, he said, “What the hell,” and tried his hand at acting. That didn’t go well. As Poitier wrote, when he went in for an audition at the American Negro Theater, “the man in charge quickly let me know — and in no uncertain terms — that I was misguided in my assumptions.” He continued: “I had no training in acting. I could barely [1]read! And to top it off, I had a thick singsong Bahamian accent.”As Poitier recounted, the man was seething: “‘You just get out of here and stop wasting people’s time. Go get a job you can handle,’ he barked. And just as he threw me out, he ended with, ‘Get yourself a job as a dishwasher or something.’” Poitier had already worked as a dishwasher. At his early audition the director made it very clear Sidney Poitier had no talent for acting.  I guess the director of auditions was wrong.  How is that for understatement? I write this because we must never let yourselves be put down.  As John wrote, “Beloved, we are God’s children now.” One of the towering people in my life was a little old man in my first church.  Elder Louis Lau.  He was little in stature but a giant in faith and wisdom.  As a young minister just starting out I found that there was a person in the church who dogged people with criticism.  I talked to Louis about it and he quoted Ralph Waldo Emerson:  “The power men possess to annoy me, I give them by a weak curiosity.  No man can come near me but through my own act.”  He quoted the first part, “The power to annoy me I give to men.” When someone tries to cut us down, we need to remember our standing in the presence of God.  In God’s presence we are his royal priesthood.  We are his children.  We can stand tall. I wish every adolescent would read these parts of the Bible.  Life is cruel, but nothing is more cruel than those years growing up.  I wish we could put an imprint of these words from the Bible on our young people.  I wish they read Psalms like this one that would help them and affirm them:  (Psalm 35:21)  “They open wide their mouths against me; they say, “Aha, Aha, our eyes have seen it.”  When peers laugh at them and make fun of them, there is a great resource in the Bible.  We need to listen to guides and experts, but they never see full potential.  Sindey Poitier’s judge could not have been more wrong.God has plans of which we do not know.  “Man proposes, God disposes.”  And let this be caution to us.  We have all witnessed the damage done by human judges who do not see the potential in people.  War must not be like that.  Jesus said clearly, “Judge not that ye be, not judged.” Just one more example.  Few people have lost more things they strobe for than Abraham Lincoln.  Most American regard him as the greatest president.  But he was a consistent “loser.”  He lost a bid for the senate, for the vice-presidency, for a second congressional term, in a business that went bankrupt, he suffered from clinical depression, and failed at other goals.  Who would call Abraham Lincoln a loser? Coming back to Jesus, Jesus said call no one a fool.  It doesn’t take much to extend that to a command to call no one a loser.  No one is loser whom God elevates to the royal priesthood and his eternal family the church.  We ought never to call anyone anything derogatory like that. Isaiah 42:4 He will not fail or be discouraged till he has established justice in the earth; and the coastlands wait for his law. There may yet be someone alive for whom Sidney Poitier washed their pots.  When we look at anyone with whom we come into contact, we need to see, not what the world judges, but what God values.  Each person made in the image of God.  And when we begin doubting our own self-worth, we need to remember God’s opinion of us – worth salvation, worth eternal life, worth adoption into the household of faith. Please join me in prayer.  “Dear Lord, Help us to find our value in you.  Help us never to forget that we are made in the image of God.  When people bully us, attack, us, make fun of us, seek to harm us, help us to know we are of eternal worth in your sight.  Help us to look for our worth, not in the opinion of the world, but in your heart.  And please Lord, help us not to call others losers or fools, but to be people of encouragement who show others their value in your holy sight.  We ask in Jesus’ name.  Amen.”