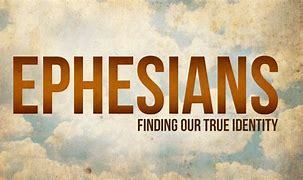 The story is told[1] of a contractor hiring workers for a project.  He hired them to break up asphalt roads then dig down five to six feet.  The men went at it and dug down and were confident they were doing a good job.  Hours later, the contractor came by, looked into hole, then said, “Fill it back up.” This happened again.  And again.  Finally, when the contractor came back, the workmen said, “We quit!” “Why?” asked the contractor.  “Because,” they said, “we work hard and break up the road way and dig down deep, then we are told to just fill in the hole again.  It is meaningless.” The contractor realized he had made a mistake. So he explained.  “I hired you to dig and help us find a water main that has been leaking.”  Knowing they were doing something that mattered, the men immediately began working again. What is worse than a meaningless life?  The Bible makes clear there is no such thing as a meaningless life..  We are God’s children.  We matter to him. We are made to work on his projects. We are made to dig for him.  Dig for what?  For life giving conduits for people. God has given us the incredible job of fulfilling his will, working for him.  His purpose might not always be transparent, but we trust that we are digging for a reason. And don’t be deceived.  God’s work is not just about foreign missions.  People stuck at home are “on the job.”  The job is prayer.  The job is devotion.  The job is commitment.  We are all workers in God’s field. Our lives have meaning when we see how they serve God.  We were made to glorify God, to serve him and to make life better for others.  We don’t just dig holes to fill them in again.  We dig with an eye to making life better for others and giving glory to God. Ephesians 1:3 Blessed be the God and Father of our Lord Jesus Christ, who has blessed us in Christ with every spiritual blessing in the heavenly places, 4 just as he chose us in Christ[b] before the foundation of the world to be holy and blameless before him in love. 5 He destined us for adoption as his children through Jesus Christ, according to the good pleasure of his will, 6 to the praise of his glorious grace that he freely bestowed on us in the Beloved. 7 In him we have redemption through his blood, the forgiveness of our trespasses, according to the riches of his grace 8 that he lavished on us. With all wisdom and insight 9 he has made known to us the mystery of his will, according to his good pleasure that he set forth in Christ, 10 as a plan for the fullness of time, to gather up all things in him, things in heaven and things on earth. 11 In Christ we have also obtained an inheritance,[c] having been destined according to the purpose of him who accomplishes all things according to his counsel and will, 12 so that we, who were the first to set our hope on Christ, might live for the praise of his glory. 13 In him you also, when you had heard the word of truth, the gospel of your salvation, and had believed in him, were marked with the seal of the promised Holy Spirit; 14 this[d] is the pledge of our inheritance toward redemption as God’s own people, to the praise of his glory.Paul’s Prayer15 I have heard of your faith in the Lord Jesus and your love[e] toward all the saints, and for this reason 16 I do not cease to give thanks for you as I remember you in my prayers. 17 I pray that the God of our Lord Jesus Christ, the Father of glory, may give you a spirit of wisdom and revelation as you come to know him, 18 so that, with the eyes of your heart enlightened, you may know what is the hope to which he has called you, what are the riches of his glorious inheritance among the saints, 19 and what is the immeasurable greatness of his power for us who believe, according to the working of his great power. 20 God[f] put this power to work in Christ when he raised him from the dead and seated him at his right hand in the heavenly places, 21 far above all rule and authority and power and dominion, and above every name that is named, not only in this age but also in the age to come. 22 And he has put all things under his feet and has made him the head over all things for the church, 23 which is his body, the fullness of him who fills all in all.