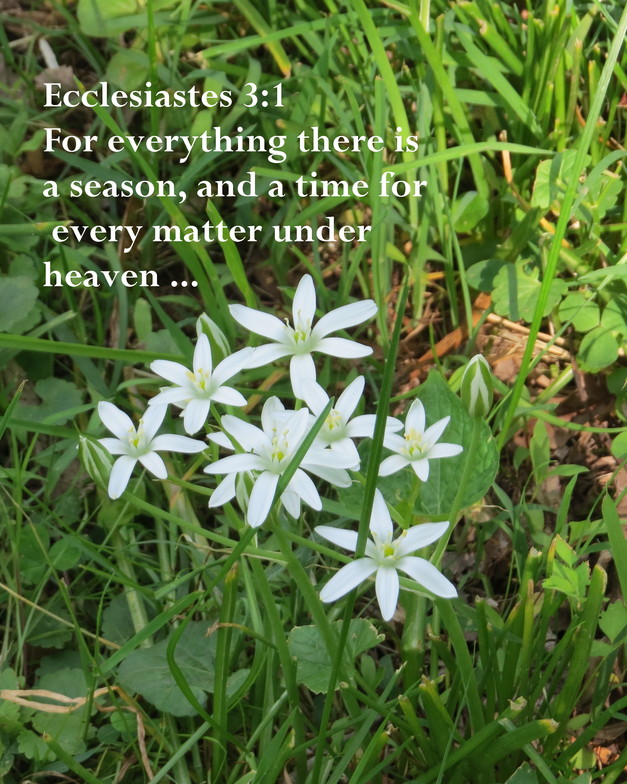 Every consistory meeting is opened with devotions by one of our consistory people.  It was elder Erin Kelly’s turn this week and she offered this superb devotion to start the meeting.  With her permission, I offer it to you here:

"Turn! Turn! Turn!" is a song written by Pete Seeger in the late 1950s and first recorded in 1959. The lyrics – except for the title, which is repeated throughout the song, and the final two lines – consist of the first eight verses of the third chapter of the Book of Ecclesiastes. Ecclesiastes is considered one of the "Wisdom" books of the Old Testament.
And while this song has Biblical origins, it's became synonymous with an era of protest in the 1960s and emblematic of that era thanks to its use in many films and TV shows such as More American Graffiti, Heart Like a Wheel, Forrest Gump, TV’s The Wonder Years and Ken Burns’s documentary series The Vietnam War.
It was not Pete Seeger but The Byrd’s that helped that song reached number one in the U.S. in 1965. That year, American ground troops arrived in Vietnam, men on campuses burned their draft cards, black civil rights activists withstood fire hoses and police brutality. A chorus of young men pressed the nation to “turn, turn, turn” and accept that change is inevitable, history is a cycle, strife is temporary, and to everything, there is a season.

To everything there is a season, and a time to every purpose under the heaven:

A time to be born, and a time to die; a time to plant, a time to reap that which is planted;

A time to cast away stones, and a time to gather stones together;

A time to embrace, and a time to refrain from embracing;

And skipping to verse 17 I said in mine heart, God shall judge the righteous and the wicked: for there is a time there for every purpose and for every work.

What time is it now? We’re at a time of transition: politically with a new president 5 months into the gig, with continued police brutality against people of color particularly black men; witnessing growing wealth inequalities in part due to women, especially women of color and single women, leaving the workforce; and on the positive side, we’re slowly gaining advances against the COVID pandemic with more vaccine access and lower mortality rates. I’d love to see another pop music band cover this sound in 2021. We have seen birth and death, laughter and sorrow, healing and killing, over the last year. And we come to accept these changes thanks to God’s grace.
I encourage those who want to be reminded of the power of this song to check it out on YouTube, speakers up!
The Byrds - Turn! Turn! Turn!

Hold us back from arrogance, vanity, judgment of others. Help us embrace compassionate ministry, strength, and miracles.

We praise you, the kingdom, the power, and your glory forever. Amen