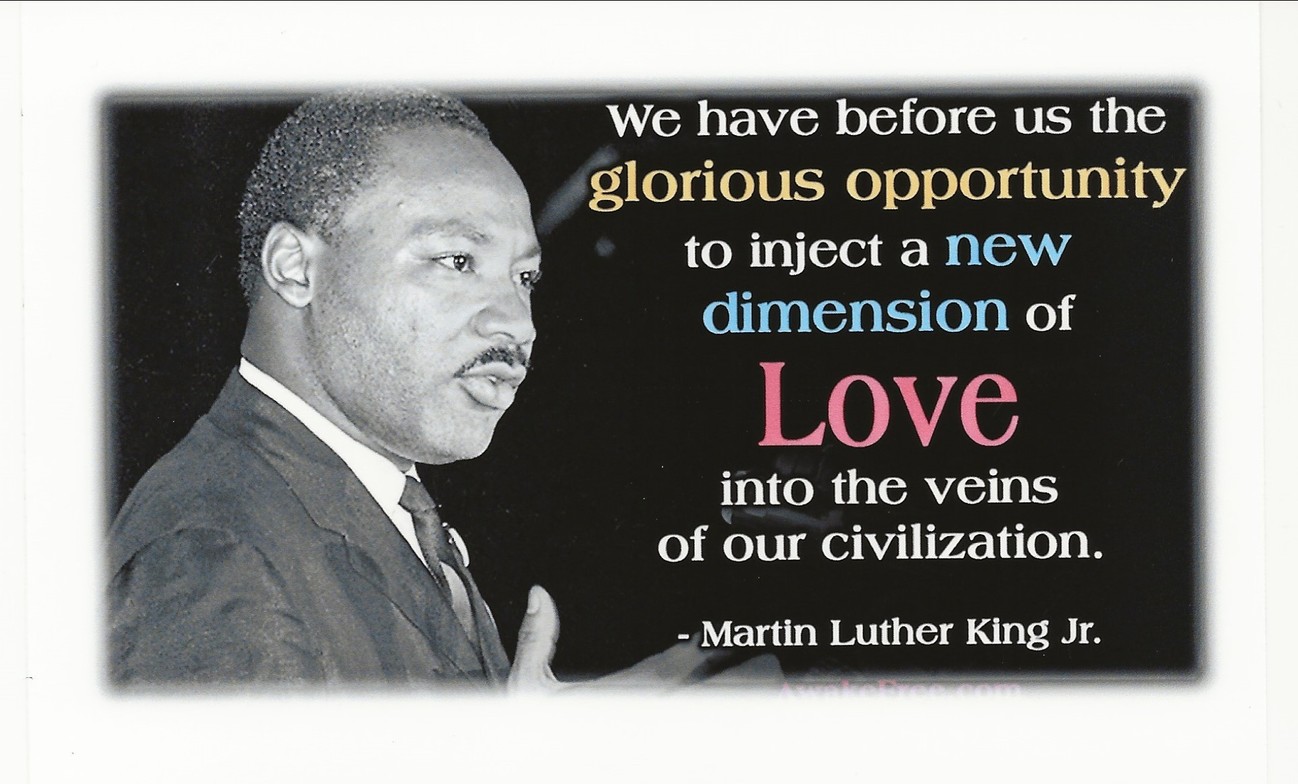 Striving to be sensitive to differing points of view on the turmoil and division in our country, I am going to make a few observations for MLK, Jr. Day and the March on Washington in 1963 when King spoke. I will let these observations speak for themselves. I hope we can learn from them about how American citizens work for justice and change.

The March was peaceful. In fact, certain outspoken Black leaders were excluded from speaking because their rhetoric might be too incendiary.

The leadership of the March was racially integrated.

The most noted and most remember leader was a clergyperson. (MLK, Jr.)

The speech given that day which well-ordered stand as one of the best in American history was laced with biblical rhetoric and biblical ethics.

The March called for America to live up to its highest ideals. Far from being a condemnation, it was a call to be the best we can be according to our own country’s highest standards.

The March was not a movement of anarchy. The planning had begun well in advance with clearly defined leadership, leadership that met with the nation’s highest leaders.

The March was intended to be a march for freedom and jobs, but instead became a march for America to be a land of righteousness and justice just as we believe it to be or desire it to be.

Many Blacks who attended endured dreadful, long bus rides to get there. Many spoke of their great fear of what might happen to them in the protest march. They came not to agitate, but to show their longing for racial justice and help in their needs. They did not know if they would pay for it with repression, arrest or worse. They came not to attack but to plead. A quarter of a million came.

Since the March, there have been many protests and marches and riots. But the 1963 March on Washington has set a high standard for what protest, freedom of speech and freedom of assembly can look like and accomplish.

You and I know where that ideal has come from. The Bible, the church and discipleship.

Let us pray. “Lord God every nation faces turmoil and strife. Ours is not exempt. Thank you for examples from our history like the March on Washington in 1963 that show the power of love and peaceful assembly. Use your church to call the nation and world to righteousness. Help us to seek political change in a way that honors your Son, Jesus. And keep your church always in the forefront of the work of social reform and fairness and goodness. We ask in the name of Jesus. Amen.”