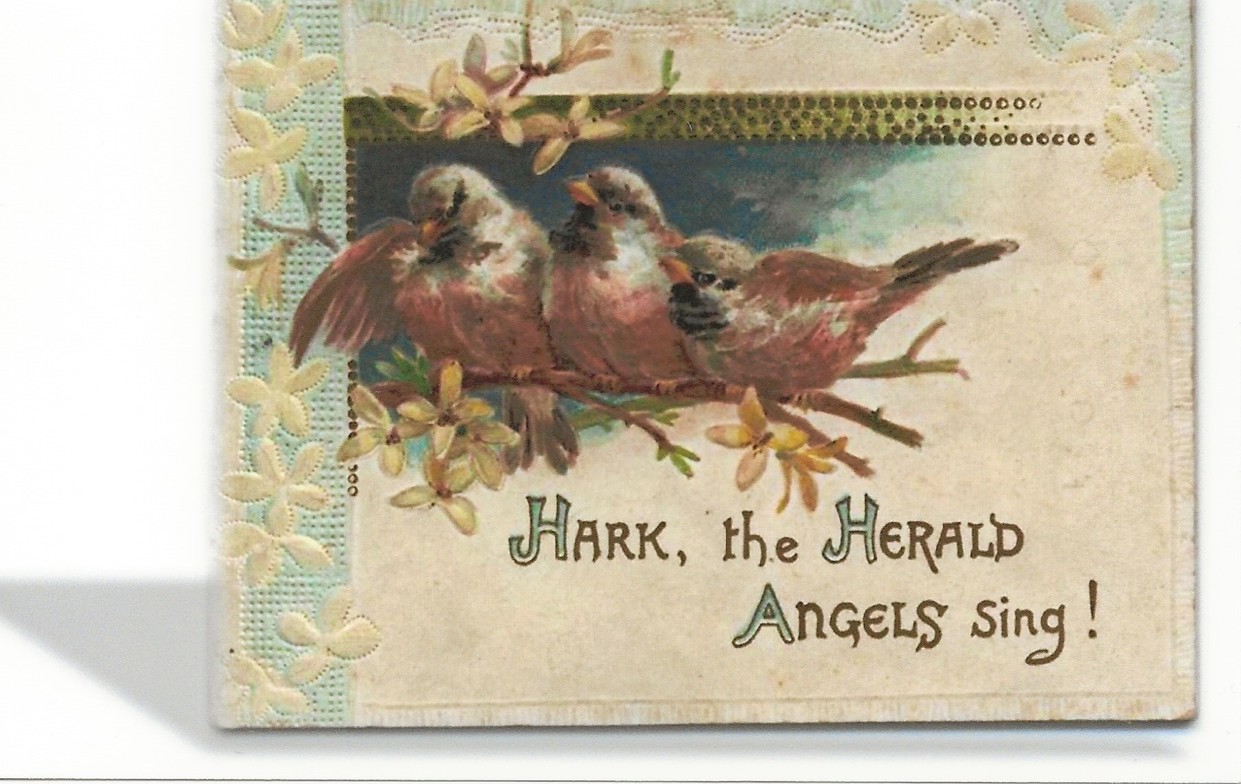 If you read the lyrics of this great Christmas carol, you will be surprised to hear who it is about. Of course, like all music in the church, the purpose of the hymn or carol is to glorify God, to exalt his name. But read the words carefully and you will see that you yourself play a prominent role.

Actually, angels are just messengers. They appeared to the shepherds that night with a message. I’ll tell you in a minute what the message is.

Like all good hymns and carols, the words convey the very best doctrine. The doctrine of the incarnation is beautifully laid out. The carol sings in the second verse, Offspring of a virgin’s womb.
Veiled in flesh the Godhead see,
Hail th’ incarnate Deity!
Pleased as man with man to dwell,
Jesus our Immanuel. There it is, right there! The “incarnate Deity!” (incarnate means in the flesh).
“Veiled in flesh the godhead see.” God is within that human form. This is, by the way, one of the greatest mysteries of all time. The Creator is coming in the form of his own creation. It is humility at the utmost.(Phil 2) It is love spilling over the rim of the cup.

But the best part of this carol is in verse one. “Peace on earth, and mercy mild;
God and sinners reconciled.” Humankind was estranged from God. What is the result of that? Havoc! Humankind wanted to overthrow God, to reject him, to treat him as an enemy.

Please pray with me. “Dear Lord, our words are inadequate to thank you. So we do the only thing we can do is harken to the herald angels singing of our deliverance to the glory of your Son, our ‘new born king.’ He did not count equality with you a thing to be grasped, but humbled himself, taking human form, even the form of a slave, and born of a human mother was made flesh. He was incarnate to deliver us, literally rescuing us from eternal death. “With angelic hosts [we] proclaim, Christ is born in Bethlehem.’ Thanks for those angels to ‘hark’ to. Amen.”

1 Hark! the herald angels sing,
“Glory to the new-born King;
Peace on earth, and mercy mild;
God and sinners reconciled.”
Joyful, all ye nations, rise,
Join the triumph of the skies;
With angelic hosts proclaim,
“Christ is born in Bethlehem.”
2 Christ, by highest heav’n adored,
Christ, the everlasting Lord:
Late in time behold Him come,
Offspring of a virgin’s womb.
Veiled in flesh the Godhead see,
Hail th’ incarnate Deity!
Pleased as man with man to dwell,
Jesus our Immanuel.
3 Hail the heav’n-born Prince of Peace!
Hail the Sun of righteousness!
Light and life to all He brings,
Ris’n with healing in His wings:
Mild He lays His glory by,
Born that man no more may die;
Born to raise the sons of earth;
Born to give them second birth.
Charles Wesley (George Whitefield), Felix Mendelssohn (William H. Cummings)